This is the third most awaited moment in the history of DroneRadar. On the 21st of December, after 3 years since DroneRadar launch, PansaUTM started tests of dFPL. This revolutionary technology allows Drone pilots to submit dFPL (drone Flight Plans) in a simple, fully digitized manner. Almost a hundred of the most active drone pilots in Poland received access to the PansaUTM platform.

The system enables e-registration, the creation of missions in accordance with applicable regulations, SORA and takes into account the structure of fixed and flexible (FUA) elements of airspace. When a planned mission passes through the area of responsibility of multiple Local Administration Units (LAU), the system launches a "parallel processing” module, becoming the drone pilots' ambassador in acquiring all necessary approvals.

The attached diagram illustrates the process of receiving approval to fly in places where such approval is required by laws and aviation regulations. Tests of the new functionality are being performed at PANSA in parallel with platform certification works. Considering the start of an ANSP certification process in the flight plan and e-registration areas, this might be a world first. 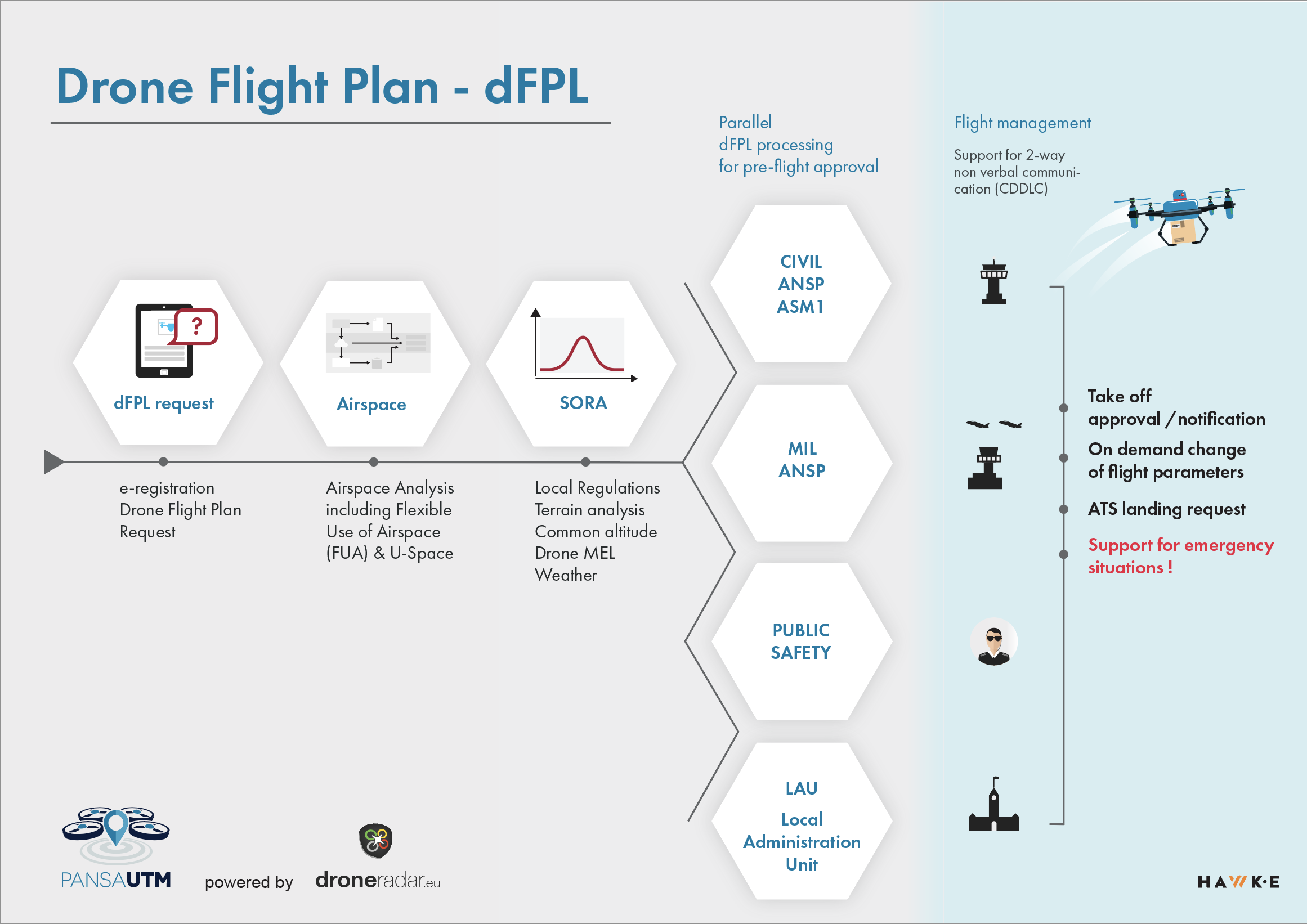