An important and long-awaited change by the Air Traffic Services is the handling of overdue Checkins. This function is based on the fact that in a controlled airspaces (CTR), where the submission of a flight plan (dFPL) is required, the Operator / Pilot is obliged to finish the flight - close Checkin. Importantly, this function works even after the declared Checkin duration has expired. The goal of this process is to provide an air traffic control service with the information about and of the flight.

So far, after the allotted time, Checkin was simply disappearing. In the new version, Checkin, after the declared flight time, will turn brown and will require confirmation of completion with the large red button.

Three minutes before the declared end of the flight time, at the end of Checkin and one minute after completion, an appropriate message will appear reminding to end the flight. When the flight duration is over, the color of the icon will change to brown. 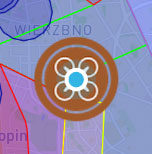 The end of the flight in the application is the official confirmation of landing.

When registering a flight, an option to provide the Operator and Pilot number has been added. Both of these numbers are official data issued by the CAA (Civil Aviation Authority). More at https://drony.ulc.gov.pl. The numbers are remembered by the application, so no need to enter them in each and every Checkin. 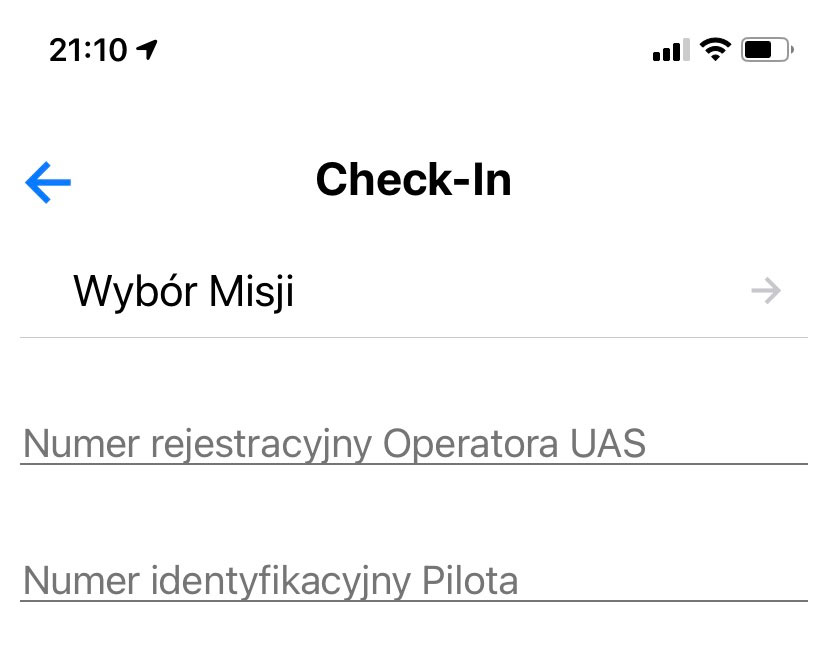 112 and SuperPilot, a persons or Organisation with additional permissions

For frequent flyers, especially in controlled airspaces, persons with SuperPilot status, has received additional privileges in the PansaUTM system. In the past, during paper coordination, the pilots recognised by PANSA were on the so-called "Shortlist". Soon, PANSA will publish the criteria that must be met to become a "SuperPilot".

ACM supports two types of automatic approvals: acceptance of flight plans (dFPL) and automatic take-off permissions. The service is only available to PansaUTM SuperPilot users and VLOS flights. Along with this feature, the hourly capacities of geographic airspaces within the CTRs were introduced. This means that the Tower Supervisor has the sole right to determine the maximum hourly capacity, and to decide whether approvals are issued for flight plans and / or approvals to take off. If the Tower's Supervisor does not enable automatic consent, you should wait for manual consent. Similarly, with approvals for take-off.